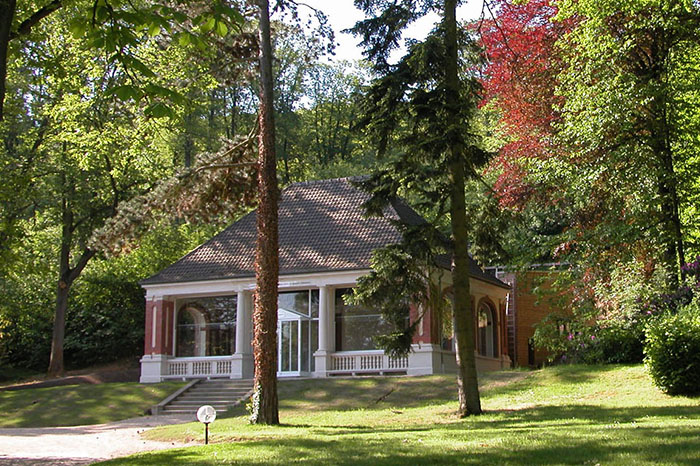 This year instead, Friends of IHES and IHES invited their whole network to take “A Glimpse into the Institut des Hautes Etudes Scientifiques”, an online event held in the presence of Marilyn and Jim Simons, key sponsors for IHES, Michael R. Douglas, president and chairman of Friends of IHES, and Emmanuel Ullmo, director of IHES. The event was introduced by the French Ambassador to the US, Philippe Etienne.

The event started with the premiere of “IHES, a Scientific Paradise Born of Franco-American Friendship”, a short movie taking the audience through some of the key milestones that have marked the history of the Institute, with a special emphasis on the relationship with the United States and the support of major donors.

Later on, Slava Rychkov, permanent professor at IHES, introduced the audience to one of the most fascinating phenomena observed throughout physics, the emergence of universality, in a talk titled “Universality in Physics”, followed by Q&A.

Watch the videos of “A Glimpse into IHES”

Watch the introduction to the event:

On January 28, attend the IHES #mathematics webinar: Polyxeni Spilioti (@AarhusUni & IHES) will talk about "Twisted dynamical #zetafunctions and the Fried conjecture". See you... online on Thursday, at 2pm! https://indico.math.cnrs.fr/event/6492/

Last Monday the first Atiyah Lecture of the Maxwell Institute was held by Jean-Pierre Bourguignon. A great tribute to an outstanding mathematician, a selfless mentor and recipient ... of the #FieldsMedal and #AbelPrize. https://twitter.com/Institut_IHES/status/1348653680938131457

Jean-Pierre Bourguignon, former Director at IHES and @ERC_Research, pays tribute to Sir Michael Atiyah "for the inspiration and with admiration", during the 1st Atiyah in a series of lectures organized by the Maxwell Institute (@ICMS_Edinburgh @EdinburghUni @HeriotWattUni).