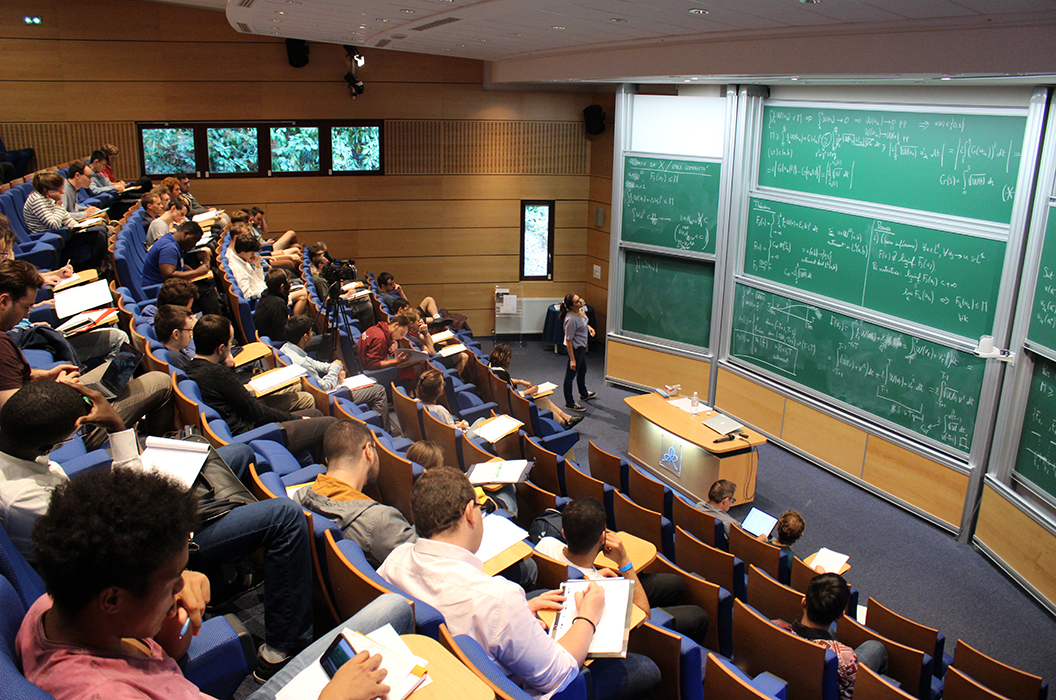 In order to respond to the challenge of international competition for education, research and innovation, some of the most renowned institutions in France, including IHES, joined forces in 2014 within a Community of universities and institutions, founding the Paris-Saclay University, pooling world-class training and research programs. A new step has been taken with the publication of a decree on 7 November 2019, endorsing officially the creation of the Paris-Saclay University. As one of its founding members, IHES contributes to the research strategy and the governance of the now fully-fledged university.

Shortly after its official creation, on 29 June 2020, the thematic Academic Ranking of World Universities (ARWU) of the Shanghai Jiao Tong University has placed Paris-Saclay University first in the world for mathematics. This is a well-deserved recognition of the excellence of the research carried out in the nine mathematics laboratories across the University, among which features IHES with its Alexander Grothendieck Laboratory. The University’s position as a research-intensive university of international standing was further cemented by being ranked 9th in the world for Physics (1st in Europe).

On 15 August 2020, Shanghai Jiao Tong University published its global ranking of the top 1,000 universities in the world. Paris-Saclay University ranks 14th among internationally recognised institutions. This is the first time that a French institution features among the 15 top universities worldwide. The university thus demonstrates the value and robustness of the broad scientific foundations of all its members, which include its constituent faculties and institutions as well as the IHES and the six national research organisations that make up the framework of its joint research units.