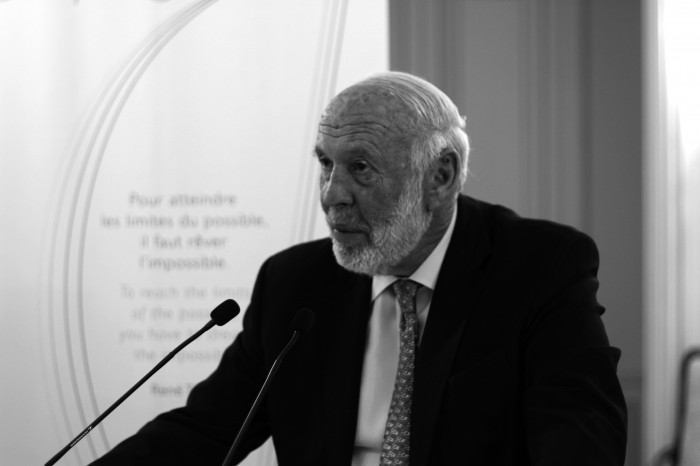 ­IHES confirmed receipt of an unrestricted grant to the upcoming Capital Campaign of €7.5 million. The €7.5 million pledge is the largest gift ever received at the Institute­.­

This pledge of €7.5 Million to IHES reflects continued support of the Institute by IHES Trustee James H. Simons, who along with his wife Marilyn H. Simons, the Simons Foundation and other related philanthropic organizations are responsible for total contributions in excess of €21 Million: a record of American generosity to a French nonprofit. These extremely generous donations will reinforce the recent endowment – less than two decades old – the Institute has strived to build as Fundamental Research has witnessed growing constraints on financing.

“The Institute is deeply grateful for these extraordinary gifts”, said Emmanuel Ullmo, Director of the Institute. “James and Marilyn and the foundations’ exceptional commitments have funded major aspects of the Institute’s scientific life, including the building of the Marilyn and James Simons Conference Center in 2001 and the launch of the Simons Funds in Biology in 2007. Their support was essential in successfully achieving two capital campaigns in the past.” To honor this generosity, the Institute will permanently name a professorship the “Simons Professor in Mathematics”.

This commitment arrives after IHES successfully finalized a Matching Challenge of €5 Million made by the Simons Foundation a year ahead of the initial target. “In recent years, the Simons’ support was decisive to create the endowment. These generous gifts hold the key to moving towards the goal of obtaining financial independence. It is also an extraordinary vote of confidence in IHES’ capacity of remaining a reference point for the scientific community,” said Marwan Lahoud, Chairman of IHES’ Board of Trustees. “At a moment when IHES is preparing a new Capital Campaign, this is very encouraging.”

This latest gift initiates a campaign that will ensure that IHES will be able to fulfill its mission in the future, sustaining a unique environment to attract and support world-class researchers. “IHES is dedicated to the discovery of human understanding at its deepest level, playing a key part in the worldwide chain of knowledge. Marilyn and I have been proudly supporting the Institute for the last 15 years and we wanted to participate to the next step towards the Institute’s financial independence,” James H. Simons said. “The amount of the gifts are large, but so are the IHES’ needs and ambitions.”