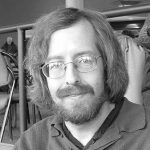 uary, I became the new President and Chairman of Friends of IHES.  As a theoretical physicist whose research has benefited enormously from my visits to IHES, I truly appreciate this opportunity to join in support of its important work.

2012 has been an exciting year at IHES.  Its faculty and visitors have garnered many awards, topped off by Maxim KontsevicH who is one of the first recipients of the newly established Fundamental Physics Prize of the Milner Foundation.  He also received the Shaw Prize, widely regarded as the “Nobel of the East.”

We thank all of you who made our 2012 gala such a success.  We are making plans for more public events and exhibitions. The Unravelers, a photographic exhibition documenting the personalities and experiences of researchers visiting IHES which has toured extensively in France, China and Japan will be coming to the United States. Watch our website for news about this and other events in 2013.”